1. Put Your Estate in Index Funds

In his 2014 letter to Berkshire Hathaway shareholders, Buffett revealed his estate plan, reminding readers to keep their investments safe, low-cost and long-term. Turns out, he’s planning on leaving all of the cash for his wife in a product that’s as old, stodgy and lucrative as himself.

“My advice to the trustee could not be more simple: Put 10% of the cash in short-term government bonds and 90% in a very low-cost S&P 500 index fund. (I suggest Vanguard’s.) I believe the trust’s long-term results from this policy will be superior to those attained by most investors — whether pension funds, institutions or individuals — who employ high-fee managers.”

2. Stay Away From Bitcoin

Given Buffett’s almost wholesale aversion to tech, this one isn’t a surprise; the Oracle refuses to invest in what he doesn’t know, and he doesn’t know the technology sector, IBM notwithstanding. But Buffett’s problem with Bitcoin isn’t that it’s a tech investment — it’s that it’s not any kind of investment at all, because it doesn’t have value, as he explained in a March interview with CNBC.

3. Learn How to Read Financial Statements

Buffett gave this advice to Tre Grinner, a 17-year-old with Hodgkin’s Lymphoma who recently secured a Goldman Sachs internship with the help of the Make-a-Wish Foundation. Buffett surprised the intern with a call while he was being interviewed by CNBC in August, offering him this advice:

“Take all the accounting courses that you can find. Accounting is the language of business. … It’ll make it so much easier for years and years to come for reading financial statements, to get comfortable with it, because it is a language all of its own. Getting comfortable in a foreign language takes a little experience, a little study early on, but it pays off big later on.”

4. Focus on Saving, Not Getting Rich Quick

Ironically, Buffett dropped this tip when promoting his basically unwinnable billion dollar bracket challenge on the Dan Patrick Show. The sweepstakes, backed by Buffett and Quicken Loans, would award $1 billion to anyone who devised a perfect NCAA March Madness bracket. (The odds of winning were about 1 in 9.2 quintillion — you were 53 billion times more likely to win the Powerball.) Still, the Oracle’s advice was solid:

It was a volatile year for the market and Buffett’s wealth; the investor lost about $2 billion in the course of several days in October when Coke and IBM took a hit after their quarterly earnings reports. Buffett kept calm, though, giving several interviews in which he explained why he was a fan of bear markets. Granted, when you’ve got $63 billion to your name, this kind of a hit is lunch money. But, as the Oracle explained to CNBC, investors with itchy trigger fingers rarely succeed.

6. Stop Pretending to Be an Expert

“If you don’t invest in things you know, you’re just gambling,” Buffett told CNBC earlier this year. It’s advice he’s rarely strayed from, and the reason why tech, gold and airlines will never get his money (or, in the case of airlines, get his money again). As he wrote in his 2014 shareholders letter:

“You don’t need to be an expert in order to achieve satisfactory investment returns. But if you aren’t, you must recognize your limitations and follow a course certain to work reasonably well. Keep things simple and don’t swing for the fences. When promised quick profits, respond with a quick ‘no.’” 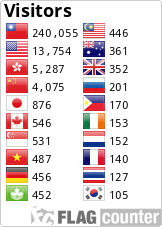